Is recycling worth it?

With the recent discussion about recycling Soylent bottles (and previous discussion of recycling the bags), I found this opinion piece in the New York Times interesting: 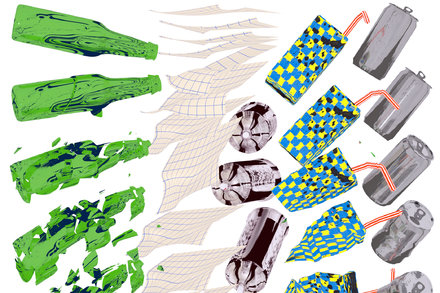 Opinion | The Reign of Recycling

It’s still costly and inefficient. So why do we keep doing it?

IF you live in the United States, you probably do some form of recycling. It’s likely that you separate paper from plastic and glass and metal. You rinse the bottles and cans, and you might put food scraps in a container destined for a composting facility. As you sort everything into the right bins, you probably assume that recycling is helping your community and protecting the environment. But is it? Are you in fact wasting your time?

It reminded me of this clip from Penn & Teller: Bullshit!, which I think someone posted here previously (or I stumbled across elsewhere, if not):

Some of that is true. Probably most of it. Seems like there’s some facts and details left out, though.

The NYT article states that there’s a slight reduction of carbon dioxide emissions from recycling plastic. Between that and the fact that it takes forever for most plastic to degrade, means to me that it’s worth it – provided there’s actually some use for recycled plastic. They didn’t go into that.

Personally, I’ve never bothered to recycle paper. By the time recycling was really a ‘thing’, none of the area centers would accept paper. (I think that may be changing, now that print newspapers are dying off.)

I collect my cans and bottles together in one bag, and then I throw it in the dumpster when it’s full. Three different homeless people take turns each week collecting refundables from the dumpster the day before garbage day. So I guess they get recycled in the end, but not by me. It’s my small way of donating to the homeless. I throw refundables in the trash when I’m out in public too, for the same reason. There’s always somebody who comes by for them.

Paper gets shredded and used as snake bedding, then also thrown in the trash. Once it gets contaminated with feces and other stuff, it’s not really good for recycling. But it can benefit the landfills by providing a good substrate for the microorganisms responsible for breaking down our garbage.

Cardboard boxes are the only things I put in the recycling bin, if they’re clean enough. If my building’s recycling bin didn’t accept cardboard, though, I would throw it in the trash because the recycling center is too far away(I don’t have a car). Still would benefit the landfills in the same way as my paper waste, though without the added fertilizer from the snakes.

So I never go to the recycling plant…but my recyclable goods are all put towards a good purpose in some way.

His dismissal of composting didn’t seem to take into account the carbon-storing effects of amending soil with compost.