I finally got around to cracking into my most recent shipment of Soylent (new roommate has been going out to eat a TON so I hadn’t had a chance to have much before). My last shipment was extremely smooth and creamy, and had very little soylent-y taste, my first shipment was about average. However, this shipment, I opened the first box, grabbed a bag, and once I opened it I could immediately smell a really strong “soylent” smell. I hoped that it would be made better mixed, but it didn’t help. I hoped chilling it would make it lesser, it helped a little, but the taste was still really strong for me. I remembered the thread from the Box Variation thread, so I tried a bag from a different box but to no avail.

With all of that said, if anyone doesn’t mind the taste of 1.5 much I’m willing to pawn off my months supply of Soylent for 1/3rd price + shipping or 1/2 price, depending on shipping (I’ll tell you when I find out how much it would cost to ship to where you are and you can reconsider then if you want). Further, I’ll send you a bag to test for just the price of shipping if you’re worried you wouldn’t like it. I’ll even cut that test bag’s price from the overall if you decide to buy the rest.
Basically I want to get rid of all of this and recoup a little of the money since otherwise it’s just going to sit in my basement as emergency food for a couple years before it probably gets thrown away. I’m thinking I’ll be moving to try 2.0 and probably sticking with that unless a new formula comes out or the powder seems to become much more consistent.

I would be interested in taking you up on this.

Your Soylent smells of Soylent?

I would strongly suggest you look into a product like this: 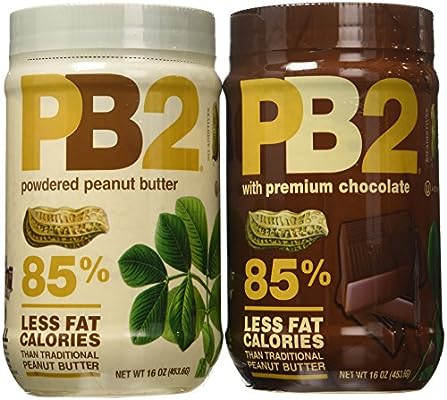 Through a unique process created by Bell Plantation that does not involve the use of any chemicals; over 90% of the fat is removed from the peanut. Essentially the oil is squeezed out of roasted peanu ...

it does wonders for me in covering up the flavor. Makes it taste kinda like peanut butter cookie dough.

PM me with details and we can work it out through there or you can give me another way to contact you.
US NY here, since somebody else asked

I would strongly suggest you look into a product like this:

I have, I used it as well as lorann oils in my original batch of soylent as well as the first half of my second batch, but then didnt real feel like I had to.
I tried with this new batch, but it was still just too much for me. I figure I could probably grab a blender and mix it into a milkshake maybe, but anything less I dont think so. I’ve always been somewhat of a picky eater and had sensitive taste; its why I hoped soylent would make food easy. I’m off to try 2.0 ; I make enough working to rather have somebody else get it for cheap and recoup a little of the money rather than have myself force it down.

Your Soylent smells of Soylent?

I know, right? Unforgiveable!
(I don’t really know a better way to describe the smell Soylent has to give the appropriate reference. This smells similar enough, just much more powerful)

I think 1.5 is still alright with some added flavor, but plain 1.5 compared to plain 2.0 is no contest.

I bought PB2 at Publix (a local supermaket) to help with the taste of Soylent 1.5

Granted I’m a newbie, but I enjoy what it adds to my soylent mix. A few tips though:

-I would only recommend making single servings if you are adding. It’s easy to add to taste.
-You want to mix the PB2 first, then add your Soylent powder after.