I’m on a DIY soylent and just got a scale from Amazon.
http://diy.soylent.me/recipes/fat-bachelor-chow-211-systems-engineer-variant-oatrice-reformulation 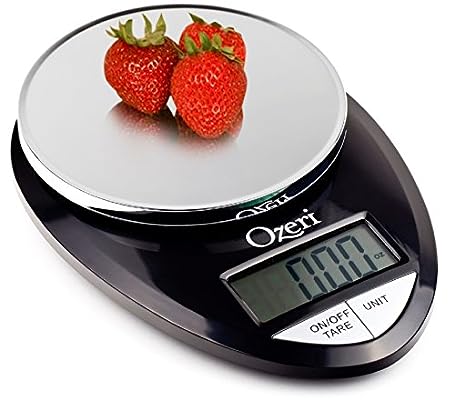 Before I was just estimating dry measures to put it together. Now I feel like a drug kingpin weighing out my grams of product. Am I the only one who thinks it’s fun to assemble their own soylent?

So far things have been good. About 9 days on a 2 soylent and a real dinner a day. Energy has been much more steady. No gas. I like the oatmeal taste. Extra good with Herseys syrup.

But man do I feel stuffed all the time. But I guess it’s a good thing. Trying to lose weight and it keeps me away from ice cream, etc.

FYI it’s pretty easy to mix a week up at the same time http://www.thebairs.net/2014/06/mixing-up-soylent-ingredients-for-7-days-at-a-time/ - I get a better blend with moar consistency and it’s way faster than doing it a day at a time.

That link isn’t working for me.

Thanks. Of course I would need to figure out what the daily calculation for my powder would be. Also I noticed that he somehow came up with 6*7 = 36 instead of 42. Also I did skip ahead to the end, but did he forget the oil? Anyhow I guess what I really need to do is figure out what one day of my powder comes out to in terms of dry measure, then I could do this too. The idea of not having to measure each ingredient to the 0.1g all those times does have appeal. I mix cocoa powder into mine so it’s pretty easy to tell when it is fully mixed. Of course I don’t know that I currently have a large enough container, I’m going to need to look into that.

He caught his 6*7=36 mistake and fixed it further in the video. I was a math/computer science major and I just got stuck on the math error. It was like huge relief when he caught it. Yes, I’m weird that way.

I get a question about that in the youtube comments about once a week =) I could re-shoot it but I’m not going to.

I just mixed up 5 days worth of powder. Mainly because that makes it close to one bag of the oat flour I have.

How do you like that scale? I ordered one and I must have gotten a lemon…it won’t hold a weight. Even without putting anything on the scale, the displayed weight fluctuates between -15 g and 18 g. Sent back to Amazon for a replacement…fingers crossed.

Mine works perfect. Great buy for $14 or whatever it was.
You musta gotten a dud.

New one came in yesterday…going to try it out tomorrow when I make my batch for next week.

It is worth mentioning here that digital weight sensors typically have poor accuracy at the very low end of their weight range even when calibrated properly. Depending on the composition of your DIY recipe, this might or might not be an issue. If you are using a multivitamin powder you should be fine, but if you are weighing out individual vitamins and minerals it would be prudent for safety reasons to obtain a higher-resolution scale with a weight range that goes quite a bit lower than the the smallest increment that you need to weigh. One way to get around the accuracy issue at the bottom of the weight range is is to use a weigh-boat since that will usually add sufficient mass to bring the total weight up past the portion of the range that has poor-accuracy. As far as resolution goes, when one is weighing powders for human consumption that it is possible to overdose on, one generally ought to have a scale whose resolution is one decimal point more precise than the smallest increment one needs to weigh. For instance, if one were weighing a magnesium supplement powder that called for 300mg (0.3g), one would need a scale whose resolution was 0.01g, which would allow one to see the non-trivial difference between 300mg and 390mg. This especially applies if you are weighing potassium supplements, which require very high accuracy and precision to be safely measured.

What a wonderful kitchen to make soylent in