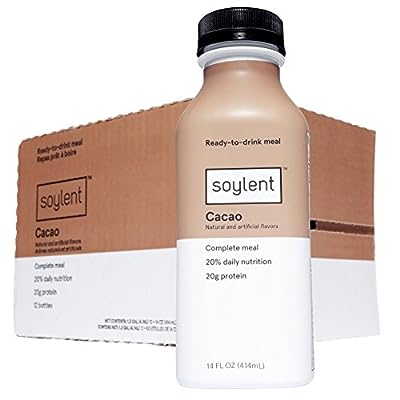 We fuel our bodies every day, but often it feels like hard work. That seemed wrong, so we made a meal that takes no work at all. Soylent Drink eliminates the stress and effort of finding a quick, comp ...

New Nectar flavor made for those with a sweet tooth. 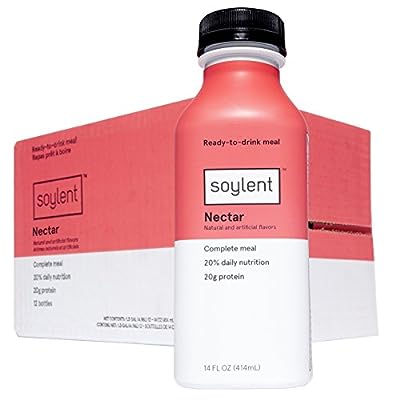 We fuel our bodies every day, but often it feels like hard work. That seemed wrong, so we made a meal that takes no work at all. Soylent Drink eliminates the stress and effort of finding a quick, comp ...

I get that it’s against their convenience bent these days, but I’d rather stock up on “Base” RTD and have a variety of flavor addins that I can use as the mood strikes.

You still can, the flavors will just come from another supplier.

Yeah but it’s hard for me here in Honduras.

I would drink these the moment they are shipping to Europe!

That sure got deprioritized.

Yep, I have been waiting here for years now

I thought you were in Costa Rica.

I would expect RF to use very matter of fact names for flavorings, not trendy cool sounding names. But their M.O. has definitely changed. https://flwrbombfoodie.files.wordpress.com/2013/02/cacao.jpg

Argh, I was hoping I’d be first to chime in with the Portlandia reference.

Would love to see an “official” post about this @Conor
assume the nutrition profile will change?

The dream of the 90s died because of Portlandia. Prices are skyrocketing with all the folk used to San Francisco pricing moving in and paying outrageous prices for dilapidated craftsman homes.

When I moved to Portland 8 years ago I was paying 600 in rent for a 800sqft apartment at 10th and Weidler. That same place rents for 1200 today and it doesn’t even come standard with a dishwasher - the portable ones have an extra cost, washer and dryer in the basement.

Portlandia is no longer cost effective. The hipster crowed affords it because they are either rich, live with family, live with three or more roommates, or bought a house 8 years or more ago.

Plus, all my friends who live their now have had their car stolen, mine was broken into… F Portland.

You moved there on 2008? You’re part of the problem, naten, so don’t complain!

When I moved there in 1991, people were already complaining about out-of-staters moving in and driving prices up. So I was part of the problem too. It’s been going on for a long time. Definitely for decades before the TV show, which can’t be blamed for much of anything. This immigration did drive up prices, but it also made Portland a lot more interesting…there’s always good mixed with the bad.

I think they will start moving out soon when they realize it’s really not very nice. It’s good to have a conflagration of those specific people, but the place itself is…ahem.

There were 40,000 people who moved to Portland in the first three months of 2016 with only 3,000 job openings with housing at 98% capacity. It was the fastest growing metro area for the first quarter of 2016 with its only limiting factor being housing.

It might have been popular before, but in a matter of three years the cost of living raised 28% the fastest pace in PDX history.

Indeed, I arrived and am sure contributed to the problem, but I quickly left when Portland proved it couldn’t manage itself in any meaningful way. For example, the water bureau misappropriating money, being caught, then the voters voted against the bill that would have stripped power away and mandated oversight. Or the arts tax that is collected outside the regular income tax and a large portion goes to collecting the tax and the RACC - which is going to the state Supreme Court being argued that it’s an illegal head tax. Or the fact that parking tickets are unenforceable with hundreds of thousands of dollars owed to the city. Or how fixing the homeless problem was the reason to legally allow homeless to camp in the city overnight instead of maintaining or helping right to dream too. Portland has big problems, the dream of the 90s is dead.

Dat TriMet tho. Would love something like that in my home country of Austria.

Back to the topic, why would this be sold via amazon when its not on https://www.soylent.com?
@Conor, it makes me suspicious.

It leaked early on Amazon.com and not Soylent.com.